A weekend at Pittsburgh rocked our world!

The excitement of visiting CMU campus for the first time after graduation was building up ever since we planned our trip a few months ago! But I did not anticipate the magnitude of nostalgia, fun and memories this trip had in store for us for sure! We left for the city of bridges on Friday night last weekend in a red-eye flight, all charged up to catch up with our friends at the INI alumni lunch next day. We were pleasantly surprised to meet a couple of friends on our second leg to Pittsburgh and so the catching up began early on. Driving through Pittsburgh freeways in a rented car was a "first time" event and it was unusual not to be in a 28X for this ride, but the downtown view after crossing the Ford-Pitt tunnel was as touching as it had been on all our previous rides from the airport to the campus.

As we passed the restaurants on Atwood, we were reminded of the several occasions that were celebrated in some of those restaurants. We left the car at a hotel near our campus and then walked to the cathedral where the alumni lunch was hosted and met our friends and INI staff members after what seemed like ages ago. The lunch session was filled with exchange of hellos and hugs and introductions and wishes and congratulations with the gang that had lots of news to share and even more memories to reminisce. We then headed to our campus, checked the newly opened CS department building, and walked through "our own" campus buildings, posed for snaps and acted like "school kids" all over again! We also visited our apartment on Craig Street that was our first student home in the States so to say! The evening began with great food and networking with the alumni who had made it for this event from across several states and countries! The night after the evening saw no end and the parties just poured over from one location to another. The dinner party continued at Doc's place over more beer and drinks, and this was just the beginning of a night to be remembered forever! The night unfolded at Zen where dance and drinks worked their charm on all of us! Another first time for us in Pittsburgh, and the pleasure was immeasurable. It was overwhelming to see how we reconnected with our buddies, some of those we had even lost contact with in the last couple of years. After few hours of rocking the dance floor, we headed to Duquesne incline for capturing the perfect night shot of the downtown and needless to say redoing this for our emotional connection with this place from school times! By now our stomachs were growling for food and though we were sapped off all our energy we made our way to a restaurant for some burgers and fries and hot chocolate before we called it a night!

The next day came soon in only about 5 hours and we headed back to campus, this time starting the trip with my favorite Iced Chai tea from Kiva Han. I live in the birthplace of Starbucks but dream about the Kiva Han at the campus corner.. I know that the connection with this place goes beyond the unmatched taste of its iced chai tea. We toured the campus all over again, not content with our previous day's tour and touched few more places this time. Since we had an early afternoon flight, our second day had to end sooner than we would have liked! In spite of the race against time to catch the flight, we made a quick stop at Pamela's in Strip District to exchange the all-important last minute goodbyes with our friends who were there for lunch. A couple of days into the week and I could not get over the nostalgia and wished I could go back in time and relive the grad school years - the years that changed my life, that made the most difference, that gifted me great friendships and that will be cherished forever!

Though I have stayed in the Bay area for 3 months during my internship days, and I have done a lot of sight-seeing then, there is something about the place that never makes me seem to have had enough!
This year in Feb we spent a weekend in the Bay Area to soak up some sun after a month of gloomy and cloudy days. Since I stay in Seattle neighborhood I had to say that, right! Well, a third of our grad school peers are settled in the Bay Area so we were all set for weekend full of socializing and reliving all the fun from our good old days. Did I make it sound like it was a million years ago.. gosh .. its hasn't been that long by numbers but staying away from them in a different city makes it seem like that! 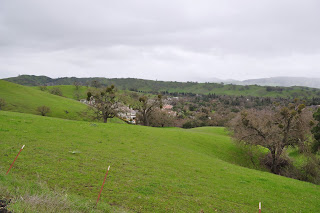 In between all the social meets, we also did some sight-seeing in the area. We visited Mount Diablo State park which is a ride to the summit of Mount Diablo marked by the serene, pure, panoramic views. We enjoyed the beauty of the place, captured some nice poses (thanks to our pro photographer friend :)) and not to forget all the fun and talks that we had been looking forward to! The next day had some crisp bright sunlight in store for us and we headed to see the majestic Golden Gate Bridge from Sausalito. The pleasure I derived by just walking down those streets with a bunch of friends, talking about random crazy things, posing and trying to capture every moment to freeze it forever was magical!  Our day ended at a friend's home with a session of movie scenes that have been an integral part of our fun times along with delicious homemade food and we couldn't have asked for more! 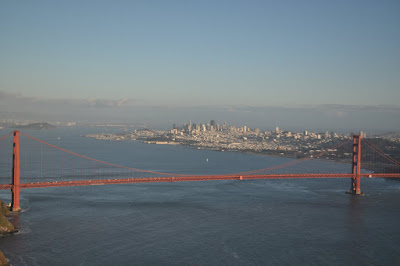 Friendships from school days and and the joy of reliving the times spent with old friends are priceless. Cheers to all of you who have been a part of this amazing, life-changing experience!
2 comments: